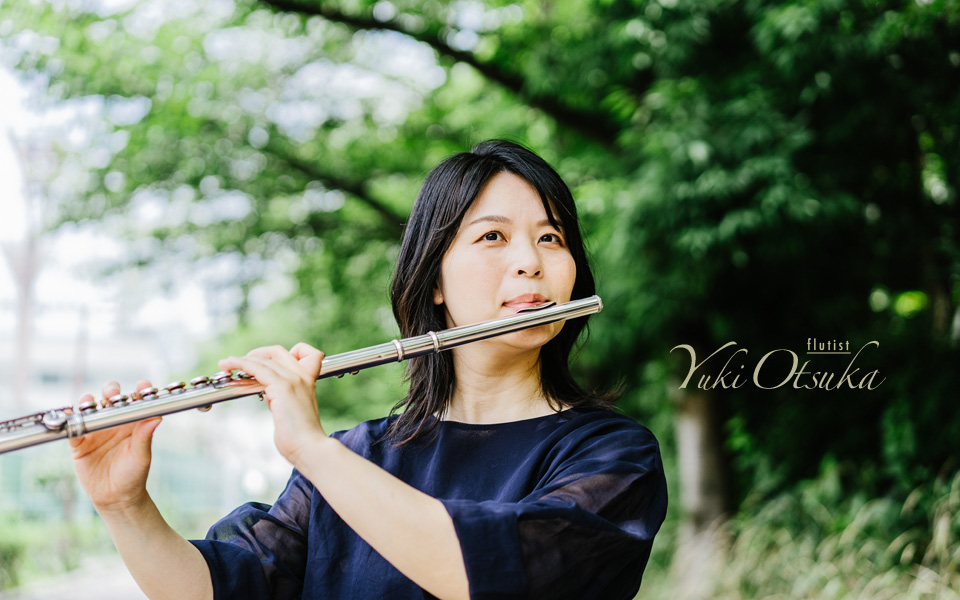 Yuki Otsuka began her musical education in 1996 at the Osaka College of Music where she received her bachelor degree.
After studying in the Indiana University School of Music, she received her Performer Diploma and Artist Diploma at Indiana University in 2003.
Ms. Otsuka has performed in solo recital thoughout Japan and the US.
Her awards include the Texas Flute Society 2003 Myrna W. Brown Artist Competition Winner, the 2000 Julius Baker Masterclass Yamaha Prize and first place at the 2001 Japanese Flute Convention Ensemble Competition in Kobe, Japan.
She gave her debut recital in June 2006 at Izumi hall in Osaka, with sponsor of Japan Federation of Musicians.

Also duo recital with Dan Yu, winner of 2001 USA Harp International Competition, at Matsukata Hall in Kobe.
She was invited to 34th Annual Convention of The National Flute Association in summer 2006 Pittsburgh, Pennsylvania as a guest performer and performed at gala concert and others.
She was on the radio broadcasting FM Takarazuka in December 2010 and FM Amagasaki as a guest on the programe pick up artist in Feburary 2011.

Please contact in advance if it will be used in any media.

Show artist on a crusing passenger ship called Pacific Venus in april 2011.  She is an active chamber musician and solo recitalist, also a devoted educator, band clinician, freelance flutist.
She currently runs her own music school in Osaka, Japan. Dolce music academy instructor.
She is a member of Resonace, flute and percussion group, performing jazz, folk songs as well as classical music they arrange.
She was also an interpreter of the flute class Emily Beynon and Timothy Huchins in Kirishima international music festival, an advisor of Kyoto international music festival from 2009 to 2012.
In October 2012, She will release her first album 「Eventually」recorded with a pianist Kaeko Suzuki. including Gaubert, Foss, Piazzolla and other short tunes. 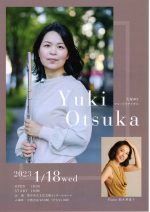 Sorry, this entry is only available in Japanese.

This is her first album recorded with a pianist Kaeko Suzuki. including Gaubert, Foss, Piazzolla and other short tunes.

Now on sale at official Online-shop.